The Shred Loses His Gong

It's taken nearly 5 years, but there appears to be some very...  very small comfort for people who were the victims of the collapse of RBS with the news that Fred "The Shred" Goodwin has had his knighthood taken from him.  The common concencus is that this is the right decision, with Cameron saying "The proper process has been followed and I think we have ended up with the right decision."

Er...  no, ther right decision has not been made. 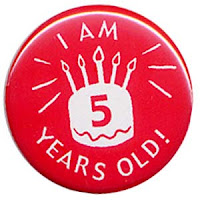 They say that the past is another country, but it is remarkable the changes that have taken place in the five years that this blog has been running.

Five years ago, Tony Blair was on his “farewell” tour, Jack McConnell (remember him?) was still favourite to retain his position as Scotland’s First Minister and the political establishment were backing the Royal Bank of Scotland in their bid to take over the Dutch bank ABN Amro.  And five years ago last Thursday this blog appeared.

The Week Labour Lost The Next Election

You know, my first post of the New Year was supposed to be one on Scottish Labour’s new leader Joanne Lamont, the size of the task ahead of her and the things that she could do in the short, medium and long term to re-position “Scottish” Labour.  Except that thanks to Cameron blundering into issues he doesn’t understand, and showing that perhaps the pro-union parties do have the capacity to blow the referendum all by themselves, the first post of the year was about Cameron blundering into issues he doesn’t understand.  Oh and the disappearance of Labour from the constitutional debate. 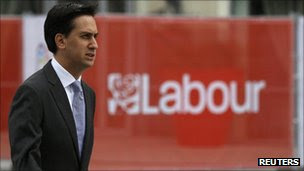 The really disheartening thing about last week was “Scottish” Labour clearly deciding that the default position of defending the Union while blithely belittling the logical next step for Devolution – Fiscal Autonomy – was the route they should continue to make.  At a time when the Scottish people needed “Scottish” Labour to stand up for the people and call for a radical half way point, Lamont decided to don a blue suit and side with the Tory Prime Minister, his dark hearted Chancellor and the Lib Dem deputy Prime Minister.  At least the Lib Dems supported the concept (dusted down from the history books) of Home Rule – even though they could not instantly define it and described it as “the second class option” – next to Independence.

I suppose that we should be thankful for the blundering intervention made by the Cambot at the weekend.  After all, if it wasn't for Cameron, then the issue of Independence would have continued on its dull way and we would still be in the dark about the Scottish Government's "preferred" date for a plebicite.

First of all can I wish all the readers of this blog a very Happy New Year.

2011 saw 56 posts, not bad considering I was out of blogging action for about six weeks in February/March time due to a defective hard drive.  Looking at the top ten posts, the last post before the enforced hiatus - Butterflies & Hurricanes  - does not appear in the top ten yet may still be the most precient, considering it makes the much ignored point about what became the Arab Spring began as a protest about economic conditions.