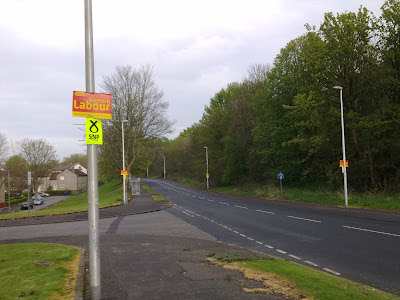 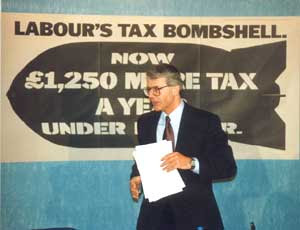 "The Conservatives steadily clawed their way back towards power with a small but workable majority early today as a late surge cut the expected swing to Labour and confirmed John Major's hopes of a fourth Tory term.

At 3.45 am, the BBC and ITV computers predicted up to 335 seats and a majority of 17 for the Conservatives. But Neil Kinnock, in a wistful speech after winning a record majority in Islwyn, insisted: "The battle is not yet over." Enigmatically, the Labour leader, whose position must now be in doubt, offered his service to the country "in any capacity".

The Most Important By-Election Win Since...

Nearly a week on from the Bradford West by-Election, the result is still causing ripples about the hidden meanings of the election result.

George Galloway’s victory has been described variously as stunning and important, while the Burd described it as jaw dropping.  It might be all of these, but if it is to be a turning point in British politics – where the tide turned against the big parties – more electoral evidence is required.  Starting of course with the upcoming council elections across England and Scotland.