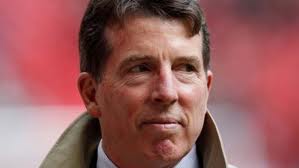 Chloe Smith & the Quality of Scottish Based Political Interviewers

You have to feel for Chloe Smith.  The Government she’s part of performs the umpteenth u-turn and she is chosen to be the front person for this, and face not just Jon Snow but Jeremy Paxman.  I saw bits and bobs of her interview with Paxman and never thought she was that bad.  That hasn’t stopped people from claiming her moment as the biggest car-crash interview in some time, despite Danny Alexander (for example) performing even more badly any time i've seen him up against Paxman.

On Sunday morning, Radio 5 Live’s “Double Take” programme discussed the weeks proceedings at the Levenson enquiry, which saw the current Prime Minister, Chancellor and Deputy Prime Minster appear as well as two former prime Ministers and our First Minister.  The person they had on described the appearance of Salmond as a side show, which probably infuriated most of the MacBloggosphere and pleased Team Salmond in equal measures.