The Referendum & Where It Can Be Lost 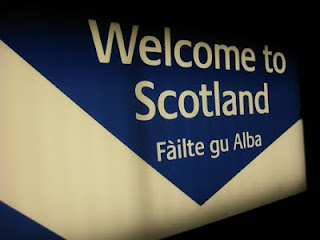 In the aftermath of the Scottish Election, commentators were beginning to hedge their bets on the outcome of the likely Independence referendum.  Despite the polling evidence still showing a majority against Independence, commentators were now saying that Salmond could pull of a referendum win.  In the 17 weeks since polling, despite the talk about Independence in the media and the Macblogosphere, the SNP have not seriously began to tackle the issues that will lead to a yes vote.  This leads me to think that at the moment, the referendum will either result in a No vote, or will not take place at all.

The key battleground will of course be that well worn battleground of General Elections, the Economy. Conventional wisdom dictates that Scotland is reliant on the block grant that it receives from Westminster, it is reliant on money that flows here through employment and deployment of resources here.  That deployment of government departments here in Scotland is what Unionists describe as “The Union Dividend”, and goes as far back as the empire building of Tom Johnstone from the 1940’s and 50’s up to the empire building of Ernie Ross in the 1970’s.  Yet the unearthing of the Crone report from the 1970’s should at least plant the seed of doubt over this idea.  Recent reports, such as the GEARS report should also have torpedoed this idea too.

Yet the Idea remains that Scotland cannot possibly exist outwith the Union.  It’s not just this country that this Idea is seen as the truth, as has been pointed out elsewhere this idea pops up in Simon Kuper’s breakthrough book “Football Against The Enemy”.  In a chapter dubbed “Barcelona and the Scottish Question”, the Catalan economist Jordi Torrebadella told Kuper “Catalonia is the most powerful nation without a state in Europe… you can’t compare us to Scotland because we’re far more powerful within our state than Scotland is in the UK.  We subsidize the rest of Spain, whereas Scotland is subsidized by England”.

Yet the SNP’s lack of success in being able to spin these figures to their advantage highlights a serious flaw in the SNP armoury, in the same way that both GARL & the release of Megrahi was badly handled during their first term.  You would have thought that undermining this orthodoxy would have been seen within the SNP as being crucial to the success of the referendum.  Instead of doing this, the SNP has launched power grabs on more powers for the Scottish parliament (after pointedly ignoring the Calman Commission) and indulged in an ill judged attack on the UK Supreme Court, whether they were parking their tanks on the Scottish Government’s lawn or not, there was a valid reason for their judgement.  This tactic will do the SNP harm further down the road to the referendum. Further down the road, I can see Labour’s attack dogs intimating that the SNP are against reforming Scottish law for the benefit of the poor & gaining an electoral benefit precisely because of this tactic.

The other area where the SNP may well come unstuck is the rather surprising area of sovereignty.  The SNP’s policy is to take an Independent Scotland straight into the European Union, do not pass go and do not stop for a referendum on the matter.  The irony of the SNP possibly taking Scotland from a union of 4 countries where we send 59 representatives to taking an independent Scotland straight into a union of 24 countries where at best we would send maybe 15 representatives to an assembly that is the very definition of Gravy Train.  Stuart Winton’s excellent guest post for Better Nation (sort of ripped off on Labour Hame, and reiterated in his own Planet Politics blog) highlighted this paradox. Yet the SNP hierarchy seem either to be blithely unaware of this paradox, ignorant of it or intend to carry on regardless in the belief that they are right to take Scotland into the EU, and possibly into the basket case that is the euro-zone.  A key argument for Independence is that Scotland is not too wee, too poor and too rubbish to run its own affairs – the jibe against unionists by independence supporters is that they believe that Scotland is too wee & too poor to succeed.

An independent Scotland in Europe would not have that much more powers than Scotland has as part of the United Kingdom, given that Ireland were given the cold shoulder for their aggressive corporation tax policy by the other European Union leaders.  With the current Euro-crisis, closer economic union looks to be the preferred route to salvation with Sarkosy and Merkel talking about an EU treasury.  Yet that would mean fewer powers retained by sovereign states.  Any future finance minister in an Independent Scotland within the EU would be doing the job with one hand tied behind their back.

A way out of this cul-de-sac would be for it to be enshrined in the nascent Scottish constitution that any amendment to this constitution must be subject to referendum.  Then again, given the humiliation suffered by Brian Cowen (the former Irish Taoiseach) at the hands of the other EU leaders after Ireland voted against the Lisbon Treaty, who would want that?

Sovereignty seems to be a double whammy for the SNP, for the other issue that will be troublesome for them is their policy of keeping Mrs Saxe-Coburg/Windsor & her family in their position as…   ummm… well what do they do?  Opinion polls show that Scotland is the most republican part of the UK, we do not like the privilege, the trappings and those other things that the Royal family represent, even more so in a time of supposed austerity.  Yet Salmond is keen to retain them if Scotland becomes Independent and sees no need to dispense with their, er, services.  This does not square with the ideal of a fairer Scotland, where the concept of a hereditary figurehead for the country would be anthemia for a large part of the country.

In the aftermath of the SNP’s election win, commentators were falling over themselves to claim that this win would lead to a referendum win, or at the very least a no vote was being talked down in the face of Salmond’s campaigning skill.  Very little mention was given to the merits, or lack of merits, of Salmond’s opponents.  Salmond will not be able to duck and dive avoiding the questions in the same manner come the referendum.  The SNP will have to come out and tackle the obstacles and self built roadblocks before victory can be considered a possibility.  Until that happens, a no vote remains a certainty.
Posted by Allan at 10:59

Thanks for the mention and the kind remarks, Allan, and apologies for the late response - I'm just catching up on some reading!

Interesting what you say about the monarchy though. I'd kind of assumed that the reason Alex Salmond wanted to keep the Queen was that that would make 'independence' more palatable to the Scottish electorate, but as you rightly say that hardly squares with Scotland as a republican/left wing nation, but perhaps the Queen is more popular than we think?

And good post about the banks etc the other day. I meant to say that perhaps the reason there was no criminal charges against the bankers was that it's perhaps difficult to think of a specific criminal offence that they could be charged with. For example, they could be as incompetent or negligent was they want, but unless it's something like patent fraud then it doesn't amount to criminality.

(I've got a bad habit of reading blogs and meaning to leave a comment later, but by the time I get round to it it often seems too late!)