It's Just A Step To The Left


You know, just when you think that Scottish Labour are going to blunder through this election campaigning on the SNPBad tagline.  From nowhere Dugdale has pulled something that shockingly resembles a policy with the pledge for a 1% rise in taxes. 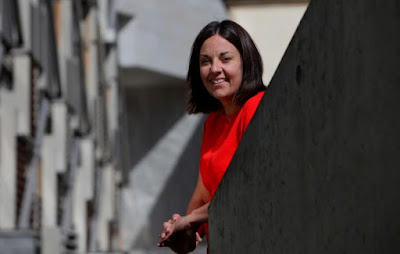 As a policy, it unlikable and unworkable.  Unlikable because of the across the board rise in taxes – thanks to the sack of bric a brac that was Calman coming into force at the start of the next parliament.  Hence this is not a targeted tax rise but an across the board rise.  Applicable to low wage earners as well as much as the Scottish based captains of industry.  The SNP, and in particular John Swinney are justified in saying his aim is to protect the poor and those on low wages from tax rises.  Less kind souls have flagged this up as Labour taxing the poor to pay for Tory austerity.

Unworkable due to the clawback facility Scottish Labour are talking up.  They plan to rebate £100.00 back to those earning under £20,000.  I’m not sure this is workable under the Calman inspired Scotland Act.  There is also the thought that this is yet another bit of admin that taxpayers are being asked to do, just to get ‘their own money’ back.  I’m sure that most voters remember how labyrinthine the tax credits process became, especially when HMRC recalculated and found that they’d overpaid, and are looking forward to this process returning should Dugdale become the next resident of Bute House.

As a policy then, this is an utter stinker.  Not something that will work at all.  And yet, as an act of politics, it’s actually quite a smart piece of thinking, if somewhat risky.

The attack line that Scottish Labour have been pursuing has been the line that they’re putting kids before cuts, which is somewhat disingenuous (given Scottish Labour’s own history with education finding, see those nice PFI built schools and the funding hole they created).  What this does signal though is a willingness, unseen since Donald Dewar, to pursue centre left policies from Scottish Labour.  The other thing this policy has done is put the SNP on the defensive.

Swinney’s performances this week, articulate as they have been, are nether the less performances in defence of their own stance on not using any of the ‘new’tax powers.  Indeed, for someone reputedly on the right of the SNP, Swinney’s performances have been leftish in tone and a reminder of how MacNew Labour-esque the SNP still are.  Indeed the impression that is being formed is that the SNP will put together another steady as she goes manifesto which will not contain the reforming or revolutionary policies that will give this administration a historical context.

As I’ve said before, Dewar has the scrapping of Clause 28 (the wounds of which clearly haven’t healed hence Labours reticence to devolve Abortion Law to Holyrood).   McLeish has free care for the elderly while Jack McConnell, yes even Jack ‘do less better’ McConnell, has the Smoking Ban.  What does Salmond have and what does Sturgeon want to have?

However, back to Scottish Labour though.  In spite of this policy being something of a non starter, Scottish Labour should be commended for at least thinking of policies to run on and for kick starting a debate on what sort of fiscal policy we should be following.  Keeping tax rates as they were was never a good option for a country that values its public services, though the best way forward and how any new powers are used does provide scope for debate down the line.  This line of thinking holds true regardless of the outcome of the referendum.

On a cautionary note however, one swallow does not make a spring.  In other words more policies like the tax rise are desirable before we can confirm a genuine return to Scottish Labour’s roots. Dugdale & Scottish Labour faces a long road back to power and the penny for education policy only represents the first step.
Posted by Allan at 10:00