The Next First Minister?


Of all the reaction’s I had received from last month’s record breaking post, the most thought provoking was one from Ergasiophobe who wondered if the infighting which infects losing parties would infect the SNP.  Thought provoking because I hadn’t thought about any internal disputes regarding the SNP. 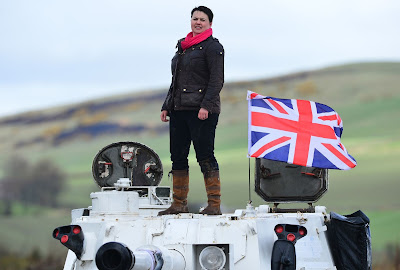 The daddy of political splits and acrimony is still the Labour Party, It somehow seems astonishing that they should put on 10% points in the middle of something you can describe as a civil war.  We do forget though that the SNP have had periods in the past with serious disagreements over direction.  The most serious being in the early 1980’s when the SNP has a classic left versus right split.  More pertinently there has also been a split between ‘the gradualists’ – people who believed that the route to Independence was a process and that the best route was through a Scottish Parliament and powers coming to that parliament – and the ‘fundamentalists’ – people who want Independence yesterday. This debate rumbled on within the SNP for years and was only won by the ‘gradualists’ in the mid 1990’s when the possibility of a Scottish Parliament became real.  Except that now in the post Indyref climate, everyone in the SNP is pretty much a fundamentalist.

In this respect, there looks as if there are two potential flashpoints that could trigger some infighting or introspection.  The most likely point being the loss of Indyref 2, which as I’ve discussed previously looks less and less winnable in the light of the SNP’s rush to tie EU membership to the Independence question.  The other flashpoint of a possible SNP civil war breaking out would be a possible defeat at the next Holyrood elections in 2020. Of course, we have seen some disagreements among SNP members since the election with SNP members (most recently the former MP Michelle Thompson) noticing that there are issues with the party’s Chief Executive being married to the party’s leader.  If it’s taken SNP members nigh on three years for that particular penny to drop, then we better get used to a long wait for the SNP to discuss elections that they’ve lost.

That there is now outright contemplation of the end of the first SNP government at Holyrood is an indication of the trouble that the SNP are in.  Never mind a second Independence referendum, there is the possibility of the SNP being turfed out in three years time.  Scotland’s own Mystic Moog, George Laird, at the start of the month predicted that Ruth Davidson would be Scotland’s next First Minister.  It is a brave prediction, not because Davidson won’t for certain be the next First Minister but because it’s not certain at this point that the SNP have done enough to have lost the next election.

For Davidson to win, we would obviously need to see some policies and an indication of what the Tories would do with the tax powers.  A repeat of the mantra to vote Tory to stop Indyref 2 will simply not be enough to propel Davidson into Bute House.  One thing you can count on will be that Davidson will be helped along the way by her cheerleader in chief, STV’s former IT comment person and the only person in Scotland to be a fanboy of both Wings and Spanner. There are, however, two other roadblocks to a Tory win.

Firstly and probably more importantly there is the performance from now until Election Day of the incumbent government.  While the SNP have taken the important step of putting a second Independence referendum on the backburner (where it should remain until either the SNP figure out how to win or it becomes winnable) how the SNP use the next 3-4 years will be key.  Top of the must do list should be not simply to get back to the day job but to get and retain a firm grip on the job of government.  This is two distinctly different things.  Doing the so called day job has been what the SNP have been doing since...  well 2011.  What they have not been doing is gripping the job, focusing on it firmly and being completely on top of the job.  Without the distraction of Independence, would the SNP have let education standards slide as an example.  It is really for this reason that Keith Brown is slowly emerging as, if not the heir apparent then certainly the most likely successor to Nicola Sturgeon given his steady handling of his brief at Transport & now as Scotland’s Economy minister.

The other thing that the SNP can control is of course public policy.  For all that Baby Boxes is a good sound idea...  it was the only real policy the SNP had during the last Holyrood elections.  There is a real debate to be had about reform of education and the NHS, especially pertinent given the silence emanating from Edinburgh regarding the fate of the RAH’s children’s ward, and the SNP are in prime position to start and shape that debate.  That they have not in 10 years of government adds fuel to the fire that the SNP government only wish to conserve our public services and are not interested in looking at ways where they could work better.  Sooner or later, that disinterest in reform will come back to haunt the SNP.  Quite possibly when the decision regarding the RAH is announced.

The second roadblock for Davidson will be the fate of Scottish Labour.  We saw a flavour during the election just how badly the hierarchy of Scottish Labour judged the electorate by sidelining a campaign which gathered votes in England in favour of aping the Tories ‘Tough of national self determination and tough on the causes of national self determination’ message.  If they continue along the lines of ‘SNPBad’ and continue to relentlessly criticise the SNP without putting forward any constructive critiques or policies, then you will really fancy Davidson’s chances of pushing the SNP.

However, if Scottish Labour stop trying to out ‘Yoon’ the Tories and advocate more left wing policies (sidelining the ‘No to Indyref 2’ line, saying it’s up to the Scottish people) then you could see Lauren’s “red shoots” flower into a full tilt itself at Bute House, knocking the Tories back into third place.  The one problem with this is that Scottish Labour is still very much dominated by Progress wing people who do not get Corbyn or Momentum-ism.  The very people who thought they should be running a locally focused election campaign rather than one based on Corbyn’s policies.

This fear of Corbynism also explains why SNP supporters online have turned their fire on Corbyn, he is ‘apparently’ no friend of Scotland for not wanting a second Independence referendum and for supporting Trident.  That it is his party that does want Trident renewal (Corbyn himself is not in favour of it) and that the public support Trident (or some sort of nuclear deterrent) seems to have bypassed those SNP supporters.  Similarly that Scotland is itself split on the subject of a second Independence referendum seems to have not registered with those selfsame people.  The adoption of negative arguments by SNP supporters is designed to obscure the rather bare policy cupboard that the SNP have.  If anything, it is Scottish Labour that have the policy ideas, nationalising Scotrail once Abello’s franchise is complete and putting up taxes to protect public services.  Whether they are the correct policies, or as well formed as they should be is another matter but at least there is a sort of policy debate from Scottish Labour.

Scottish Labour still has a long way to go before they are capable of putting their leader into Bute House.  Their issues though are not as insurmountable as that for the Tories and Davidson.  There is still a large constituency in Scotland where the Tories are utter poison for their role in destroying Scottish heavy industry and working class culture.  That reason above all means that the next occupant of Bute House is more likely to be Keith Brown than Ruth Davidson.
Posted by Allan at 13:00