The End Of New Labour... In Office.

It’s so very difficult to describe how much Brown and Darling have completely flunked the PBR. Unless you are a parent, or a pensioner (though that warm feeling won’t last very 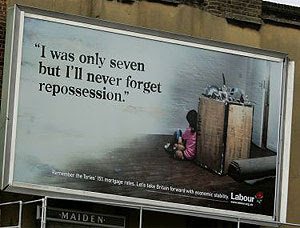 long if you are either), what really did the Pre-Budget Report do for you.

VAT has been cut to 1992 levels, which would be great… if anybody had money to spend. Assuming of course that our shops and retailers passed on the 2.5% decrease. None of the tax cuts will create the necessary stimulus to create the needed liquid economy. In a sense, this is the perfect New Labour budget, the illusion of actions being taken, with ther reality of rearranging the deck-chairs on the titanic.

That’s before I touch on the pain to come, with the announcement of Ni and income tax rises. National Insurance is set to rise by equivalent of 0.5% from 2011. There are also proposed income tax rises, set to come in after the next general election, should New Labour win that election. Darling announced that the top rate of tax will go up to 45% for those earning £150000 and over. It is this measure which has seen commentators and columnists claim the end of New Labour, which is nonsense. They should have either set the threshold at £100000, set the new top rate at 50%, or both.

To announce a tax raising measure, to pay off an estimated half a trillion pound debt, which would only bring in £650 million in its first year, really is defeating the purpose. In any case, there should have been a raft of tax avoidance issues announced, as people who find themselves in the higher rate of tax are more likely to adopt tax avoidance procedures.

Brown and Darling have really gambled, but have spent the money on the wrong things, and have continued to compromise with the top earners and bankers who put the country in this position in the first place. Either way, it is very difficult to escape the conclusion that New Labour, when announcing the PBR, had just lost the next General Election.
Posted by Allan at 22:02

Corporation Tax is that tax payable by a company on its taxable profit in the company's accounting year.