The Political Suicide of Johann Lamont


A couple of years ago I wrote a post where I argued that if Labour wanted to win, they needed to dump their leader Johann Lamont.  Now that the referendum campaign is… well we’ll maybe comeback to that one…  Now the vote has passed, Labour has come to that conclusion. 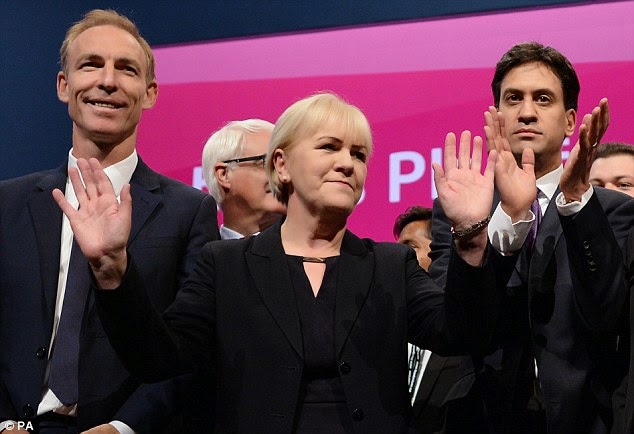 Except that Lamont has jumped before she was pushed.  Ah, you can never find a man in a grey suit when you need them...

Lamont’s departure has put into focus the current post referendum narrative, that having been a “key” player in the pro-Union Better Together campaign, Scottish Labour have contrived to lose the peace.  What’s worse for them is that with Westminster followed very quickly by Holyrood elections, the bitter recriminations look highly likely to spill into both campaigns.  This makes the SNP’s task that bit easier in bringing that group of Labour held seats that currently need a swing of over 12% within their range.  It also means a first full term for Nicola Sturgeon at Holyrood.

And boy are there recriminations.  Lamont described Labour MP’s as dinosaurs (“colleagues who think that nothing has changed”) and accused “London Labour” of treating “Scottish” Labour like a branch office.  There’s the allegation that she was sidelined.  There’s the allegation that the General Secretary (of the Scottish party) was removed without Lamont being consulted.  There’s an allegation of some sort of “network” of Scottish Labour MP’s intent on doing down Lamont.  It sort of points to the fact that Lamont was not trusted to do the job she was elected to do – in essence she was in office but not in power.

That version of events only works if you ignore Lamont’s failings as leader.  She did make speeches that positioned her party to the right of the SNP – the infamous “Something for nothing” speech being the obvious example of this.  I’m not sure I have any sympathy for her.  For one thing, she was in the shadow cabinet when Iain Gray was leader, so she must have had an idea of the poison chalice that awaited.  Especially with a party run by “Anglos” on the Blairite Compass group wing of the party.  For another, it was those strange decisions.  Either she was tactically inept not to spot an opportunity on the left of the SNP, in which case she was not leadership material.  If she was told to go down a right wing line – echoes of which could be seen in the allegation that Lamont & co told to not oppose the Spare Room Subsidy until Miliband had made his mind up – she should have shown some spine and resigned.

One of the thing’s I speculated about in that post was who would be the candidates to succeed Lamont.  The conclusion being that there was no outstanding candidate.  This is even more true now.  The favorite to succeed is the current Eastwood MP Jim Murphy.  Labour MP’s are already trying to sound Murphy out about running for the job.  Should he decide to go for it, Murphy would be the big hitter Labour have needed… pretty much since they engineered Alexander’s removal as Holyrood group leader in 2008.

There are two big problems to Labour adopting this particular plan – pioneered by Salmond 10 years ago.  Firstly, they probably would prefer Murphy to be in Holyrood in the run up to the 2016 election and not leave the Holyrood group in the hands of a deputy/caretaker for too long.  The bigger problem is that Murphy, being from the Compass Group wing of Labour, would take the same policy positions as Lamont did.  In a country that did not take to New Labour with the same zeal as the rest of the country, this will be a problem.  Especially given that Sturgeon is likely to take the SNP slightly leftwards.

The other Westminster name being touted is someone by the name of Gordon Brown.  Yes, he did save the union with his speeches & by laying out that timetable so carefully crafted to include touchstone Scottish dates…  but really, the guy that failed as Prime Minister…

That the frontrunners are two Westminster MP’s really illustrates Scottish Labour's problem in that there’s no one really at Holyrood that can be seen as viable candidates.  That one of Lamont’s rivals three years ago (Ken McIntosh) seems to have vanished from front line politics illustrates the paucity of talent on the Labour benches.  That’s not to say that there’s not talent on the Labour benches.  You do sense however that there’s just not enough experience between Dugdale, Marra or Findlay for any of them to make a decent fist of the job. They may have potential down the line, but those three are still only just over half way through their first term at Holyrood.  If anyone doubts the need for experience, just look at the current line up of leaders at Westminster where Cameron is the most experienced party leader, having been elected to parliament in 2001.  It shows.

I wonder if the best strategy available to Scottish Labour is not the Salmond strategy from 2004, but the strategy employed by the Conservatives when they ditched Iain Duncan Smith in 2003.  They rallied around an experienced figure, one that was essentially an elongated caretaker figure, this gave possible future leadership contenders time to gather experience & to formulate campaigns & ideas.  Yes they possibly did write off 2005, but then again it’s unlikely whoever wins will be in a position to be First Minister come May 2016.  An elongated caretaker figure also gives Scottish Labour time to sort their internal structures, look at ideas & just generally just to stop and think about where they are going.

While the SNP and the other parties in the “Yes” coalition have much to learn from the referendum, so do does the leading party in the “Better Together” coalition.  That lesson is not the frankly graceless “We won… (and) helped to deliver over 2 million people that kept us in the union” but more to do with there being an appetite for left of centre politics and that Scotland is fed up of being left behind by the cosy right wing Westminster consensus.  Lamont’s legacy may well be that in resignation she forces Scottish Labour to look at the changed landscape before the party becomes totally irrelevant.
Posted by Allan at 12:00