Not The Heir To Blair Then.


One of the most striking things about David Cameron’s emergence as Conservative leader towards the end of 2005 was his willingness to mark himself against and to openly draw parallels between himself and the then Labour Prime Minister Tony Blair.  The apotheosis of this being his infamous desire to be the “heir to Blair”.  Looking at Cameron’s big political gambles, the one big conclusion you draw from Cameron’s time as both Tory leader and Prime Minister is that Blair would have been far to astute to have attempted those things. 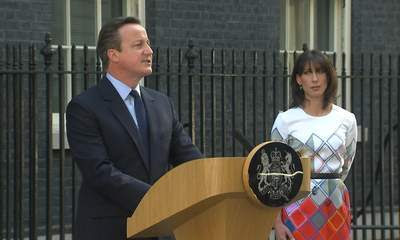 Before the catastrophic European Referendum, there was Cameron - the first Conservative to enter Downing Street since John Major was swept away in the early hours of May 2nd 1997.  The Brown Labour government was deeply unpopular and rocked by division.  Yet Cameron’s inability to ‘seal the deal’, lead to his Conservative party falling 18 seats short of an overall majority. Conceivably, in the position that Cameron was in, Blair could have reached out to the Lib Dems and offered a coalition.  Conceivably as well though, Blair would not have given the Lib Dems as much leeway as Cameron did, most notably with the deal over the AV referendum.

The curious thing about Cameron’s time in Number 10 has been his relationship with his Chancellor, an even more overrated political operator than Cameron.  George Osborne’s preference for political point scoring, not seen since the days of Gordon Brown in Number 11,  has seen such great political choices as as the now notorious “Omnishambles” budget of 2012, the voluntary ban on increasing income tax, the notorious “Sermon on the pound”, the reckless spending of the money found last autumn before finding that the figures were not as good as they looked and the arrogant re-branding of the minimum wage.  It is an unwanted facial tick that sees the veneer of a smirk appear on Osborne’s face whenever he speaks.  It makes him look smug and untrustworthy.  The big surprise is that Osborne’s status as Cameron’s own heir apparent took so long to vaporise.

The second part of Cameron’s premiership does contain the reckless risk taking and poor decision making which will probably be his hallmark. Prior to the European referendum, his biggest risk was the Scottish Independence referendum.  Given that polling indicated a strong vote for Scotland to remain within the union at the start of the campaign, the campaign prosecuted by the Better Together campaigners contrived to concede 26% to the pro-Independence Yes Scotland.  I’ve already touched on Osborne’s big mistake – “The Sermon on the Pound” – however Cameron made four big strategic errors.  The first error being the refusal to debate with Alex Salmond.

The sight of the Prime Minister refusing to debate with the leader of the Scottish National Party did not diminish Salmond but showed Cameron up as someone who ducked and eveaded one on one television debates.  It is noteworthy that apart from the three ‘Leaders Debates’ in 2010, Cameron has only faced an opponent(s) in the television studios once since then – the seven way debate last April.  His second mistake being his refusal to fully engage in that referendum campaign.  Nothing shows this more than the week of the first poll lead for independence.  Where Milliband and Clegg had campaign engagements, Cameron made just the one speech, in an office in Edinburgh.

His third mistake was in pressing to keep the further devolution option known as Devo-max off the ballot paper.  Substantially more powers for Holyrood was previously the settled will of the Scottish People. Had that being on the ballot, then it’s possible that the SNP surge… indeed the clamour for a second Independence referendum by Independence supporters over the weekend… would not be happening.  Yes, the pro-Unionists clung on – securing a comfortable but not completely decisive victory – but it was closer than it needed to be.  Just after 7am on the morning of the 19th September, Cameron made his fourth tactical blunder when he made his victory speech.  The tying of further powers to the Scottish Parliament to English Votes for English Laws may have been done to placate his own backbenchers, but its effect was to galvanise the defeated SNP supporters and inspire them on to…  well the bloodbath of the following May’s Westminster election for Labour.  Even now 13 months down the line, this now looks like the staring point for the complete collapse of the Labour movement as a whole.

The mistake which cost Cameron his job is certainly his biggest, and is the worst show of political judgement since Blair decided to invade Iraq with the USA.  When Cameron announced the vote will be in his election manifesto for the next election, UKIP were finishing second in by-elections and sort of pushing for victory in them.  They weren’t winning these by-elections but the media were fixated on them.  Funnily enough, Cameron’s European troubles came after the referendum was announced as party policy – UKIP pushed the Tories into third in the European Elections of 20014 while both Mark Reckless and Douglas Carswell defected from the Tories to become UKIP’s first MP’s.  There was no need for Cameron to pledge the referendum but as I pointed out at the time, maybe part of Cameron’s thinking was dominated by his poor relationship with the EU leaders at that time.  Maybe as well another calculation was that Cameron would likely fall short again in the election, so would be able to blame the Lib Dems if they blocked the referendum.

When Blair was forced out nearly 10 years ago, his long time adversary Gordon Brown took over.  No doubt helped by the relatively invisible public profile of his leadership opponent - one John McDonnell. Cameron’s own version of Brown is his old ‘friend’ from Oxford, Boris Johnson.  Unlike Labour, who seem to pick leaders on a buggins turn basis, the Tories have always snubbed the favourite.  While Boris is clearly the favourite, I suspect that there is someone else out there who can, and possibly will, stop Boris.  Who knows, maybe someone that can somehow manage to postpone activating the key Article 50 of the Lisbon Treaty.
Posted by Allan at 16:00