Yes, Whatever Happened To Labour?


The current poll of polls shows that Labour are an average of 10 points ahead of the Conservatives. Yet a cursory glance of their policies and thinking shows that they are still desperately out of touch.  Indeed Owen Jones asks the above question in his Independent column on Monday. 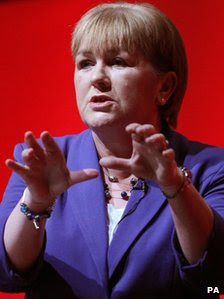 Jones contention is that Miliband’s Labour are targeting the wrong constituency in their attempt to unseat Cameron in May 2015.  Instead of targeting “Middle England”, Jones argument is that they should be targeting skilled workers where there was a 21% drop in support between the 1997 & 2010 Westminster Elections (as opposed to a 5% drop in “Middle England”).  While Jones correctly chides Ed Balls for fully signing up to George’s Scorched Earth policy, one must wonder what he makes of the mess that the leader of “Scottish” Labour, Johanne Lamont, has got herself into.

In short, last week Lamont turned an attempt to kick start a debate into what are our priorities into a race to bag some votes from Daily Mail readers, and you wouldn’t want votes from the only rag to be firmly in the appeasement camp pre-World War II.  This tone can be encapsulated in three little words – “something for nothing”.

To be fair to Ms Lamont, there is a debate to be had about public spending and the priorities for the Scottish Government.  The problem is that the debate was botched in 2010 when the only discernible difference between Brown & Cameron was in the application of an increase to NI rates.  More pertinently, in 2011 any attempt to debate things was rejected by all parties.  The problem is that the targets that Lamont picked were sacred cows for a centre left constituency, while the first target she picked completely missed the target.

As I have advocated in previous posts, in tough economic times a freeze in council taxes is good for hard pressed parties and people on low incomes.  A council tax freeze also helps the well off too, but that is a symptom of a taxation system based on property values from 1991.  If Lamont was genuinely looking at things from a left of centre perspective, she would have been actively kite flying about replacing the Council Tax, perhaps pushing the SNP into looking again at the much fairer LIT, or advocating the SSP’s own Service Tax.  Instead, she seems to be looking to continue “Scottish” Labour policy in keeping the Council Tax.

Interestingly enough, some of the squeezes on public spending identified by Lamont; “Class size pledges, kinship care allowances, free school meals, all promised by Alex Salmond, but without the money to pay for it” could actually be identified as victims of a “Scottish” Labour policy from the McConnell years – the PFI upgrades to our schools.  This policy has seen millions taken out of the education budget (£400 million in 2010/11) before a single penny is spent on…  er… education.

One of the sacred cows Lamont attempted to shot was that of Universal benefits – “What is progressive about a chief executive on more than 100,000 a year not paying for his prescriptions, while a pensioner needing care has their care help cut?”. True, but firstly a chief executive is unlikely to be getting free prescriptions anyway and secondly surely it costs money to add a means testing element to benefits, not to mention that means testing will put the poorest off claiming the benefits they would be entitled to.

The one part that Lamont did get right was her assertion that “we can change Scotland now. We have the powers in the Scottish Parliament now, to change radically education, health, public services.” But even here she messed up by claiming that radical ideas were being crowded out by the referendum debate.  Firstly, there are many things missing from any debate.  Good solid radical ideas being the main element missing, however in the second year of the second SNP administration, and six months into the referendum campaign, why has Lamont complained about the crowding out of ideas when “Scottish” Labour had five years to… er… think the unthinkable.

In truth, the problems identified by Lamont are symptoms of the chronic lack of liquidity in the UK economy which is exacerbated by George’s not so marvellous medicine.  Even today, being interviewed on GMS and speaking at the Labour conference, Lamont refuses to recognise how badly she had got things wrong in her speech last week.  In attempting to start an honest debate, she came out with arguments that came straight from the mind of either Karl Rove or Lynton Crosby.  While the MacNew Labour-esque SNP Government will be laughing away at Lamont’s display of foot shooting, there is one party that should really be taking note.

The SSP, who have been in a mess since the whole Sheridan thing, have been presented with an opportunity to make political hay at “Scottish” Labour’s expense.  If they play their cards right, there are votes to be had, both in 2015 and in 2016.  Lamont’s decision to attack the SNP from the right could come back to haunt “Scottish” Labour as it leaves a vacuum in the SNP’s left flank – the natural home to many Scottish voters.  All of which puts Miliband the Younger’s “One Nation” speech in a different perspective.
Posted by Allan at 10:00

And of course the irony is that Lamont's pitch was supposed to appeal to the left. Well perhaps it would if there was any nunace to the debate, but of course as it's being portrayed it's being seen as an attack on the poor rather than on the better off.

Well Stuart, Lamont didn't help with some of the wording she used and frankly, as i pointed out, targeting help at the poor would have the dual effect of costing money and puting off those people lamont is trying to help.

You do wonder if there is anyone in that party with an ounce of common sense.

Don't you mean 'any' party, Allan?