The most striking thing about this episode is the sheer ineptitude of Carmichael.  Alongside being worse than a doormat in government and being utterly useless at removing their own leader last year, the Lib Dems have truly shown themselves up over the past couple of years. 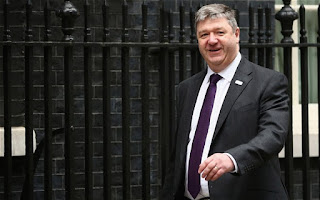 The great Orcadian bumbling oaf leaked notes of a conversation that may or may not have been an accurate description of a conversation Sturgeon had with a French diplomat, and then when the finger of suspicion lingered over him he lied.  How was Carmichael to know that he would prove to be the exception that proved the rule that leakers don’t get unmasked.  Unless you’re Clive Ponting…

In the current climate though, I find myself asking whether all this Witch-hunteriy is all necessary.  He tried to pull off a low down sneaky dirty manoeuvre that reeks of base politics…  and failed miserably.  Carmichael’s majority is 817 and I’d suspect that’s after most of his electorate knew what he did.  I’d suggest he’s doing the right thing by lying low, if it weren’t for the distinct absence of the contrite apology.  Though he’s really…  really not being helped by the likes of Malcolm Bruce saying that all politicians lie.  Even if he does have a point.

Most of all this is just really small beer.  Carmichael was economical about the truth about a memo.  It’s really just a white lie compared to some of the big whoppers of this century. There are weapons of mass destruction in Iraq.  We will not raise VAT.  We will not increase Student Tuition Fees. An Independent Scotland will remain within the EU.  All substantially bigger lies than Carmichael’s, uttered without the loss of perspective or classless feeding frenzy.  In the quest for honesty, truth and the laying of the foundations of a new Scottish politics, there’s a hell of a lot of people in danger of looking petty, small and mean minded.  Is this really the best cornerstone the self appointed “45” can find for their legacy?
Posted by Allan at 23:00