No Job For A Novice

In among all of the heartfelt tributes to Dugdale, even from her political enemies, there were two observations missing. It is perhaps true that the leadership was foisted upon the young Dugdale or at the very least she took on the challenge of winning the leadership and then the job itself perhaps reluctantly. This does not excuse however what a poor leader she was and that her stunning inexperience shone at every opportunity. 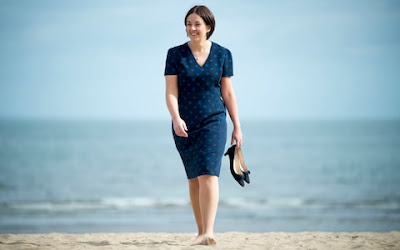 Attacking Corbyn, ‘SNPBad-ism’, and adopting a hard line Unionist tack in the three elections she was leader all showed a leader not experienced enough to develop her own ideas. With Corbyn, it would have been prudent to have stayed silent on the subject and not claim he was unelectable (or at the very least abstain from doing your political enemies job for them, a task the Progress wingers seemed unable to resist doing when it came to Corbyn). On attacking the SNP, there should (as I pointed out at the time) have been policy ideas designed to ensure the attacks on the SNP were not just for the sake of attacks on the SNP. On the issue of a second Independence referendum, I’m just simply not convinced that there are that many votes on the left in out-Torying the Tories on this policy. It is noticeable however that the surge in votes from the SNP to Labour came when the First Minister herself said that Indyref 2 would not be an issue in that election.

That’s not to say she was poor all of the time, indeed arguably she was a harbinger of Labour’s wider left turn with her call for tax increases during the 2016 Holyrood elections. The problem with that call was that thanks to the evolving devolution settlements, tax increases were across the board and not targeted at higher earners. The policy workaround of a tax rebate fell apart under scrutiny as it was found to be unlawful. This policy was Dugdale’s big missed opportunity, and a missed opportunity for the country as a whole to debate taxation as the resultant campaign played out with the SNP successfully (as it turned out) making the argument that they were standing up for Scottish tax payers.

Mind you, maybe those criticisms are harsh. After all a lot of the left/Labour people I’ve spoken to think warmly towards her. A colleague in work said he wasn’t surprised she’d gone, her best friend had died and she’d had her private life publicised in the newspapers, it was no surprise that this had affected her. It’s somewhat telling that, as someone more leftwing than me, he did say that he rather liked her. With those circumstances in mind and the fact that “Scottish” Labour looks in much better health than it did in the aftermath of the 2015 Election near wipe-out, perhaps those criticisms are harsh. Then we remember that one of the other members of the intake from the 2011 Holyrood elections was another young female politician who also became a party leader and that two posts ago I was talking about as possibly the next first minister. Perhaps it’s better for you dear reader to judge if comparisons between Dugdale and Ruth Davidson are entirely fair.

The second observation missing is that Scottish Labour is, to all intents and purposes, still run by ‘Progress wing’ people. All the talk by London based commentators seems to have missed this in the aftermath of Corbyn’s mini tour of Scottish ‘super-marginal’s’. The (mis) calculation being made being that Corbyn’s visit followed by Dugdale’s departure must mean some sort of putsch. While it is true that there is now a growing ‘Momentum’ presence within Scottish Labour, Dugdale’s resignation has deprived them of the time to get their respective ducks into line. Rather inadvertently, Dugdale has ensured a ‘continuity Progress’ candidate will be her successor.

The hot favourite therefore will be the former Glasgow Central MP and current List MSP and Health spokesperson Anas Sarwar. He was Deputy Leader to Johann Lamont during the Independence referendum campaign, he was one of the people shredded by the SNP’s then Health Secretary Nicola Sturgeon during Scotland Tonight’s referendum debates during the 2013/14 period. It remains to be seen if his debating skills have improved. That he will be the next leader probably won’t be in doubt, given he was seen at Corbyn’s rallies pressing the flesh, shoehorned Corbyn’s name into his Sunday Mail piece at every opportunity and may pitch himself as the unity candidate. Whether he should be the next leader is another question entirely.

Apart from being shredded by Alex Salmond’s anointed successor, Sarwar I suspect will simply repeat many of the mistakes of the Dugdale months. The top of that list would be a reaffirming of strident opposition to a second Independence referendum (in spite of the prospect of said referendum disappearing quicker than the EU’s ‘diplomatic face’). Of course, as Sarwar is a key architect of ‘SNPBad’ then we would have that back. I’d suspect that as a Progress winger, some of Dugdale’s well intentioned but doubtless knee jerk left wing policy moves will be for the bin too, which would be an opportunity not taken as the SNP might be quite vulnerable there since they’ve moved to a fiscally right wing position.

So far Sarwar has not declared his candidature. At this moment the only runner and rider in this contest is the party’s economy spokesperson Richard Leonard. One of the 2016 intake at Holyrood, Leonard’s background is from the unions and he is firmly on the left of the party. I must admit that I don’t think I’ve seen him before either on television or heard him on the radio so I can’t really tell if he’d be any good or not. It is however very pleasing that the left will have a dog in this fight.

When Dugdale was elected, I wrote that she was the most inexperienced person to have taken on such a high profile job. That Labour have recovered their position is not something I think you can ascribe as her legacy (indeed Scottish Labour’s vote increase in June was only the second election since 1997 where Labour’s vote went up in Scotland, the other election being 2010). Any legacy I suppose would begin and end with stopping the rot. With the glimpses of sympathies towards Scottish independence and her relationship with an SNP MSP, for the first time the story of a resignation may not just play out into the succession battlefield but what happens next with Ms Dugdale.