The Party Who’s Moment Has Passed

18th... 19th September. I’m sure I should be blogging about something, hmmmm.

I’m certainly not going to write about Independence, there is nothing else that can be said at the moment about a movement which seems intent on fighting an unwinnable fight, the Tommy Sheridan tribute parade at the weekend changes precisely nothing. If the SNP think that belittling ‘No’ supporters (hint: A key rule in politics is to not belittle potential voters, even if you disagree with their decision the last time) and that 62% of Scots voted to sign up to Jean Claude Junker’s vision of a United States of Europe 15 months ago will lead to an Independent Scotland, then they’re seriously up faeces valley. 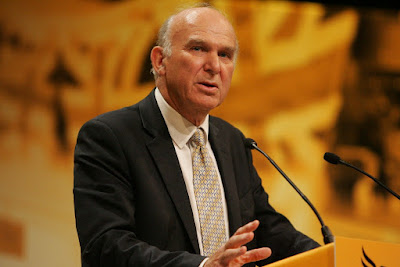 Instead of that, or Wales (because I’m not Welsh so don’t really have a viable perspective on their assembly referendum 20 years ago) I’m going to talk about this small party on the brink of political oblivion. It’s the Lib Dem’s conference this week and while it feels like a lifetime ago, it was only two and a bit years ago they were in government. They did have a small but modest recovery in June’s election with a net gain of four seats from 2015. Their problem though is that their moment has now gone and that they don’t really know where to go next.

In the 90’s under Ashdown they presented themselves as a liberal centre ground party, but that was before Blair & New Labour came along and defined ‘Centraism’ in a post Thatcherite political landscape. When Charles Kennedy succeeded Ashdown, he pursued a policy of equidistance from both parties. This policy and New Labour’s movement to the right made the Lib Dem’s appear to be the most left wing of all the main parties. There were rumours that this turn of events did not go down well with Ashdown and his friends that were still in the party at the time.

By the time Kennedy was forced out of the Lib Dem leadership, there was an alternative viewpoint to the Kennedy ‘SDP’ line being formulated. These views and ideas coalesced around the so called Orange Book – a book of essays and think pieces advocating a Lib Dem version of Third way neo-liberalism edited by David Laws and featuring pieces by newly elected MP’s Chris Huhne and Nick Clegg. In this respect, a coalition between a Lib Dem party led by an Orange Booker, such as Clegg, and the Blair influenced Cameron & Osborne should have looked like a highly likely prospect in the event of a hung parliament. And so that passed.

The problem for the Lib Dem’s is that thanks to those Orange Bookers, their moment in the sun passed with very little in the way of influence. There are two policies that they can point at with justification as being Lib Dem policies, but they are intrinsically Tory minded policies. The first is the policy of raising the tax threshold at the bottom of the wage structure – cutting taxes being a Conservative aspiration. The other Tory aspiration is the cutting of regulation therefore the reforms to Pension regulations fits nicely into that narrative. Other than that, their reputation is of being doormat’s in the face of Tory attacks on.

Fast forward to the election of 2017 and we see that the Lib Dem’s have a very real problem. Since they lost almost 50 seats in the 2015 election, there has been a cleaving of the political landscape. Labour has hit the reset button – to much resistance from their own Neo-Liberal wing –and are in the process of re-emerging as a party of the left once more. The Tories are also in the process of resetting themselves as a party of the right, with the issue of leadership a piece in their jigsaw still to be placed (among other pieces still in the box). The Lib Dem’s remain as a resolutely pro-EU pro-Centre ground party at a time when both standpoints are not popular.

You would have thought that the Lib Dem’s pledge for a second EU referendum, to ratify the terms of divorce would have proved to be a popular policy given that just under half of the country voted to remain within the EU. Apparently not if the small increases in seats is anything to go by. Indeed, any examination of the seats gained would leave us to wonder what would have happened to the Lib Dem’s if they weren’t the beneficiaries of the SNP’s own poor campaign. As a result, a campaign which saw net gains (but below what was clearly expected) saw the Lib Dem’s force out their own leader within a week of the June election.

Farron’s replacement is the man formally known as the Sage of Twickenham, Vince Cable (above). The man who keeps telling us he saw the financial crash coming, even though those in the know (like for example, my ex) saw it coming as well. It’s just they didn’t have media profile or a natty line in juxtaposing Mr Bean and Stalin within witty repartee. For a politician who is intent in recasting himself as a keeper of the liberal flame, he has a hell of a lot of work to do to rebuild his own reputation. Never mind his party’s fortunes.

As the Business Secretary, he caved in to the Taxpayers Alliance’s campaign to scrap the consumer regulator, Consumer Focus, and sanctioned the scrapping of the act which gave it the statutory powers it had, dumping them on the near charity Citizens Advice Bureau. Cable also sanctioned the across the board slashing of regulations, including building and health & safety regulations. Many on the left and some Lib Dem’s tried to pin the scrapping of regulations which (it is alleged) led to the Grenfell fire on Sajid Javed. In truth it was Cable which sanctioned this.

With both Labour and the Tories looking to reset themselves and so called ‘centralists’ on both sides looking to set up a new party entirely rather than swap parties, the Lib Dem’s look more and more lost and irrelevant. Cable and Willie Rennie’s claims that power for them is around the corner would be laughable if it wasn’t made seriously. Clegg might have taken the Lib Dem’s into power, but as they gather in Bournemouth this week that decision to sup with the devil looks more and more like a turning point in the history of the Liberal Democrats.