In The Hours Ahead...


There’s now a wee bit of a tradition on these pages where I put together a sort of guide about when results are estimated to come in and results to look for.  For this election I’d try and do a similar thing. 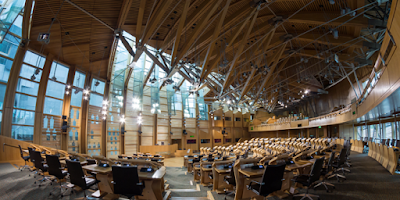 Before I go on, it will be useful to have a look at what happened five years ago.  The bedrock of the SNP’s win was the 53 constituency seats won, gaining 32 seats from 2007.  The SNP took votes from all the parties (the swing to the SNP was 6.2%) but the biggest swing came from the collapse in support of the Lib Dems, there was a 4.1% swing away from the Lib Dems to the SNP.  It’s worth mentioning this as polling for this election suggests that the switch in support to the SNP will come from Labour voters, the switch that happened from the referendum and caused Labour’s near wipe out in last years Westminster elections.

The first Holyrood results are estimated to be announced about 2am.  If memory serves, five years ago the first results started to come in from about half past 1 onwards.  The second and third results announced (East Kilbride and Hamilton, Larkhall & Stonehouse) proved to be the harbinger of the SNP triumph to come with the unseating of Labour’s shadow finance minister (Andy Kerr) and former cabinet minister (the late Tom McCabe).  Again these seats are estimated to be amongst the first to declare.  If there is to be an upset, these seats would be vulnerable with swings to Labour of 3.25% and 4.4% required.  However that’s not what the polls are suggesting.

The first Labour held seat due to declare will be the Rutherglen seat. Five years ago, Labour hung on, but survived a swing of 7.5% to the SNP.  This time Rutherglen will require a swing to the SNP of 3.3% for the seat to change hands.  The seat is expected to change hands, however if Labour hold this seat, it could be a harbinger of an upset or that the SNP won’t sweep all before them.

There are five three way marginal’s in the last parliament and the first of them is due to declare about 3.  Labour will be hoping to hold on to Dumfriesshire, with both the SNP and the Tories hoping to take the seat from them.  The Tories have the better shot with a swing required of 5% for them to take the seat.  However if the SNP are having a night like last year, they will win the seat, even if they need a swing of 6.7% to win the seat.  If the SNP do win this seat, then it’ll be odds on that they’ll have another majority in the new Scottish Parliament.

By 3:30am the results will be rushing in.  It will be from about this time that the Edinburgh and Glasgow seats will be coming in.  This means victory speeches or concession speeches from the SNP’s Nicola Sturgeon (defending her Glasgow Southside seat), Labour’s Kezia Dugdale (looking to re-take Edinburgh Eastern, Kenny MacAskil’s old seat) and Ruth Davidson (standing in Edinburgh Central).  As the results from the constituency seats come in, then phase two of the results will then start to be announced – the list seats.

Because of the ubiquitous #BothvotesSNP campaign, then there will be a focus on how many votes the SNP attract and whether this feeds into a positive result (for them) from the list votes.  It needs to be pointed out that the SNP have always had a higher percentage of retaining constituency votes into List votes than Labour have ever had.  This of course is not the only reason to focus on the list votes. It will be in the list votes that the real battles of this election will unfold.  The fight for second between Labour and the Conservatives.  And the fight for fourth between the Lib Dems and the Scottish Greens.

Labour are expected to suffer heavy losses in the constituency vote, so will be hoping to pick up seats in the list vote.  The Tories already hold two constituency seats and may add to that.  Yet, traditionally, Labour have always attracted less list votes than they have done constituency votes.  I think Labour need to hang on to at least 5 (of the 12 they currently hold) constituencies to have a chance of holding on to second place.

For the Scottish Greens, this could be a straight list fight given the continued collapse in Lib Dem support.  Their fight could even be bolstered by picking up one of their target seats.  Their co-Convenor Patrick Harvie is standing in Glagow Kelvin while the other seat they have high hopes over is I think the Edinburgh Western seat.

The results of the list votes are estimated to be announced from 4am onwards, which means a long night.  Both in 2007 and 2011, results continued to roll in throughout the Friday.  The overnight results however will give us an idea of how this election will go, whether the polls are correct and we will get a first full term for Nicola Sturgeon, or whether there will be an upset along the way.  For me, I think Labour will cling on to second.  I think the Scottish Greens will finish ahead of the Lib Dems and I have a feeling that the night won’t all be plain sailing for the SNP though I think they’ll be the largest party.
Posted by Allan at 22:00