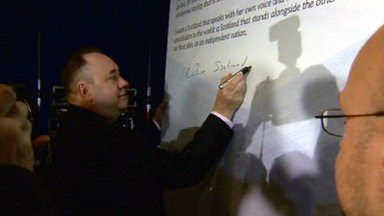 …or at least that was the tone that many of today’s newspapers struck.  Including some of the Scottish based newspapers.  Shame on you Daily Retard.

In one of the most left-field news stories to be announced, it’s announcement caught Isobel Fraser off guard – goodness knows what Kate/The Burd thought, the death of Abdelbaset Ali al-Megrahi was announced.  Whether you rejoiced, or felt something for him kind of depends on whether you think he was an evil monster or the victim of (by some distance) Scotland’s biggest miscarriage of justice.

A Potted History of The Anointed One’s

We were talking in work last week about the current Rangers crisis, and the phrase “to catch a fish, you must stir the waters” popped into my head.  It is one of the rule’s of power as set down by Machaveili.  Another rule came to mind with Better Nation’s post which argued that perhaps the change from Salmond to Sturgeon should take place sooner rather than later.  While it was presumptuous of Jeff to see Sturgeon win any future leadership election within the SNP, she does appear to be the clear favourite at this point in time.  Judging from history, winning any leadership election will be the easy part.  To quote from another of Machaveilli’s rules “Never step into the shoes of a big man”.

British political history has lots of examples to show that being the anointed successor of a successful leader is not a recipe for success.  Arguably the biggest warning from history comes in the shape of Anthony Eden.  Eden had long been Winston Churchill’s anointed successor, but had to put up with waiting until Churchill retired before taking over the top job.  When Churchill retired he immediately looked to establish his own mandate by calling an election.  The election was won with a majority of 60.  Yet everything achieved by Eden has been seen since through the prism of the disasterous Suez Crisis.

On Sunday, The French went to the polls and elected Francois Hollande as President.  On so many levels this is an interesting and welcome development.

One of the key planks of Hollande’s strategy has been the promise to put taxes up for higher earners – to 75% for Euro-millionaires and to 45% for those earning above €450,000.  The commentary in this country has been that this measure, alongside the policy to put up Corporation tax, will lead to people and companies leaving France and becoming tax exiles in the same way that businessmen in this country threaten to leave here if taxes go up.  I do often wonder how much of this is hogwash, particularly as any time the French elections have come up in the news there has been no mention of large scale treats to leave the country.  Mind you it is difficult to think of the French equivalent to Frank Bruno, Phil Collins and Paul Daniels.

The What If Elections