A couple of weeks ago, the much belegred Yes Scotland campaign received a boost with a Panelbase poll that showed for the first time in this referendum campaign a lead for those supporting Independence.  It lead to pro-Independence supporters to claim that it was now “Game on” for the referendum. 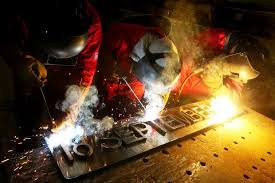 The problem with that claim is of course that every other poll has shown a majority in support for the status quo.  Indeed, the first thought that popped into my head when the poll emerged was outlier.  Taking that into account and the fact that this poll was the first poll since January 2012 to show support for Independence over 40%, this looked like an anomaly.  Visiting US polling guru Nate Silver evidently thought so when he called the referendum in favour of the “No” camp (with the caveat that a major crisis in England could make a yes vote more likely).  Yet, while I think that it is highly likely that Scotland will vote “No” this time next year (and there are plenty of reasons, all of then based on “Yes Scotlands” wretched campaign), why is there that small element of uncertainty over this poll.

What seems to have gone unnoticed is that polling support for a no vote is actually falling.  Apart from a Yougov poll at the start of September, you have to go back to May for a poll to put support for the status quo over 50%.  Most polls since then have put support for the status quo in the high forties.  All of this could suggest that rather than any successful “Yes” campaign, the pro-Independence supporter’s best chance of a “yes” vote could well be the unfolding landscape at Westminster and the rise of the right wing there, with UKIP pulling the Conservative’s rightwards.

Henry McLeish identified this phenomenon in a piece for The Scotsman last month, however even he must have been struck by the divergence in attitudes and policy over the past couple of months.  The Spare Room Subsidy, a policy so bad that it makes both Swinney’s Sterling Zone policy and the Dangerous Dogs act look like works of genius, continues to be popular with the government and HM Opposition.

Labour’s procrastination over whether to scrap a policy that deserves the notorious handle of The Bedroom Tax has caused serious problems for Scottish Labour.  Both Annas Sarwar and Jackie Ballie have at best looked foolhardy in trying to claim that the next Labour government would scrap the Bedroom Tax, in spite of the deafening silence from the Shadow Work and Pensions Secretary on the subject.  It was rather strange to see that Baillie was slapped down for her comments, but not Sarwar.  So, a penny for the thoughts of the Better Together canvassers I met a year ago on that subject and a separate penny on the subject of the Royal Mail.

In among the coverage of this part of Osborne’s rather obvious fire sale, there was no indication over what would happen to the Universal Service Agreement, which has obvious implications for rural Scotland.  I don’t seem to have the Better Together leaflet (that prompted this post) anymore, but I’m sure that their willingness to keep the UK’s seat in the Security Council at the UN rather trumped their willingness to protect the Royal Mail.

With a year to go, Yes Scotland still has an awful campaign with so many questions still to answer.  However it is conceivable they might still win thanks to Westminster’s intransigence towards this referendum.  It could be that the people who will help Salmond towards his aim could well be the people who push Scotland out of the UK door, Cameron, Osborne & Milliband.   In short, people are now noticing the mass of contradictions at the heart of the “Better Together” campaign.  Maybe, against all the odds, it is “Game on” after all.