There Is No Room For Complacency

For all that this budget has hardly received very much pre publicity, this budget has all the hallmarks of being a revolutionary one with far reaching consequences.  Yet with the exception of the scrapping of rules involving the obligatory purchasing of annuities, there’s not one measure that you can point at that helps the primary objective of the coalition.  Unless that objective has changed to securing a second term for Cameron. 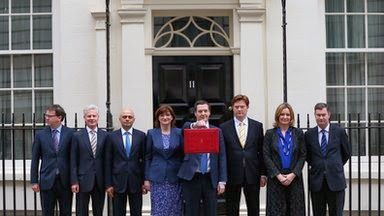 The headline act of this budget is undoubtedly the revolution surrounding pensions, especially the removal of the requirement to buy an annuity and the lifting of the total pensions savings people can take as a lump sum (called triviality) to £30,000 allied to the creation of the "Pension Bond".  This is designed to give people more options about with what they can do with their pension pot.  The complicated world of buying an annuity is something that certainly regulators and politicians alike were looking into. As a by product, it is estimated that the tax take for this is estimated to be £1.2 billion by 2018/19.  Another happy by-product is that the constituency who would gain most from this measure would be older – near pensionable age – people who are well off who are likely Conservative voters but may or may not be considering voting UKIP in May and in next years Westminster elections.

This dash for your pension pots has had an immediate effect.  Shares in financial companies fell, Resolution & Aviva fell by 5% while Legal & General fell by 8%, while shares in the pension provider Partnership Assurance fell by 55%.  On the other hand, shares for publicly listed Financial Advisers went the other way, because the government has promised to put money into providing free financial advice for pensioners.  Hargreaves Landsdown went up 14%, St James Place went up by 4% while Brewin Dolphin went up by nearly 3% - collectively their best day since RDR came in.

However if you look at the budget overall, there is a feeling of is that it.

Yes this budget is designed to play well to older voters, it’s designed to help business.  It’s also designed to engineer an inflated economy with the pretence of a recovery.  It’s not designed to help our economy.  As for the referendum, well Osborne might as well have declared victory on that front as there was no mention of any measures to convince Scottish voters that we are better together.  Yep duty on Whiskey has been frozen, but once again Balls confirmed his commitment to Osborne’s Scotched Earth policy by signing up to his Benefits Cap.  Indeed, you would have to look hard for any measure Balls and Labour disagreed on, despite their anger at the Tories for the still lacklustre forecasts.  Maybe that’s some sort of excuse for Milliband’s heavily panned performance replying to Osborne.

You could argue that Osborne’s budget once again pulled the rug from underneath Better Together’s feet.  Not content with only dedicating a sentence to the battle raging up here (obviously was never copied into Blair McDougall’s missive that there is no room for complacency), he seems to be perpetually putting back the date for the end of austerity.  Austerity is now scheduled to come to an end about the time the 10th Anniversary documentaries will surface about the fall of Lehmans, RBS and HBOS.  But remember that schedule is only today’s schedule and is not guaranteed.  Which once again begs the question – how exactly are we better together?

With the Referendum six months away, Osborne has decided to focus instead on next years Westminster election and to shoring up the Tory vote.  Apparently Osborn is shocked & surprised at the sheer amateurism of the SNP campaign, and today sort of underlines this as his viewpoint. I think he thinks this vote is as good as won already.  Westminster is a different matter & I suspect that today (despite the many faults of the Budget, and remember that there is always at least one surprise in the small print) will be another staging post towards a second Cameron term.

The Tories, as the Thatcher years testify, are past masters at producing a feel good economic climate set to hit it’s peak at Election time in spite of the facts or the state of the country.  This budget has shown that this is the plan once again, and Milliband & Balls have fallen for it.
Posted by Allan at 00:01 No comments: