Some Thoughts on Conference Season 2015


The last four weeks or so has seen the main parties gathering for the first time since the General Election.  There have been some noteworthy items that have come out of the conferences, those items confirming the new political landscape now facing us. 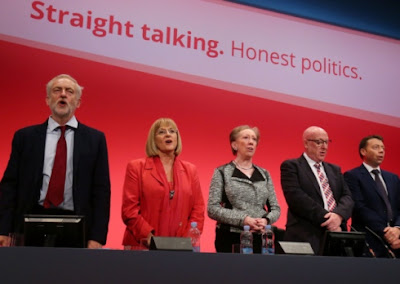 1)  The Lib Dems…  no, sorry, who are they again?
Five months ago, the Liberal Democrats were in coalition and their leader was deputy Prime Minister.  Not only was that all taken away in May’s election, but the party itself was set back 40 years when they lost all but 8 seats.  To top off the humiliation, they were supplanted as the third party by the SNP.  Since then they’ve disappeared from view.

On the one hand, maybe that’s not a bad thing.  There’s clearly a massive rebuilding job to be done on a party that has suffered in office.  Arguably however those wounds have been self inflicted with the Lib Dems getting a reputation for being the Tories personal doormats. That rebuilding job is perhaps best done out of the public view.  Even more so given their new leader, ‘dim’ Tim Farron, who doesn’t appear to be the brightest tool on the toolbox.  Especially when talking about Scottish politics.

On the other, if the Lib Dems are not to suffer the fate of the Liberals and ‘dissappear’ from the UK political landscape for the next 40 years, then they need to bring in new blood untainted with the “Orange Book” years.

2) Labour are in a huge hole of their own making
Long time readers of this blog will have known that I’d thought that Milliband would lose as far back as winter 2012.  Perhaps Miliband’s biggest achievement was the uneasy truce between the two wings of the Labour party.  A truce that has now irrevocably broken down when the Labour rank and file dared to elect Jeremy Corbyn as leader in September. Since then, the Blairite Progress group have been in full toys out of the pram mode and have shown scant consideration to Labour voters or non Tory voters with their childish and petulant behaviour.

What has raised the hackles of the Progress wingers is the poor poor performance of Corbyn and his shadow chancellor John O’Donnell.  We’ve had the double reverse ferret over the fiscal surplus act, we’ve got a staggering lack of any movement over Trident and we’ve got the consistent undermining of Corbyn’s authority with no push back.  Had Corbyn not made a complete and utter horlicks of his first foray into Scottish politics – blaming the SNP for privatising Scotrail (which was privatised by the Major Government) and for privatising Caledonian MacBrayne ferries (which they haven’t – ferry services are, thanks to the EU and without a peep from the SNP, being put out to competitive tender.  Calmac are in effect bidding to retain services they already provide) – his first weeks in the job would not have been the complete and utter disaster that they were.  That foray has, if not burned the bridges of the general populace then certainly made the die hard ’45-ers’ much more wary of Corbyn in terms of being someone they can do business with.

While Corbyn has not really made a great fist of his first weeks in charge, he has been given a very bad hand to play with his own side not giving him much wriggle room.  If only the left had picked someone who might have been a leader with a better political antenae rather than pick someone down to buggins turn. 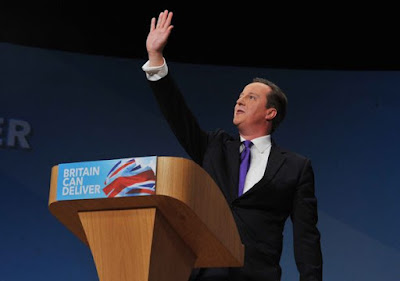 3) The Seeds of Possible Defeat in 2020 Are Being Sown For The Conservatives
It may well seem at this point that the next election has been all but lost for Labour and that the Tories will win another working majority in May 2020.  However, in amongst the hubris of an unexpected victory and even more unexpected majority, there are policies that have been announced that could spell electoral disaster come 2020.

Cameron’s biggest hurdle in this parliament is the European Referendum, a policy which might have bought him seats in May but now looks exceptionally foolhardy and not unlike the desperate throwaway politics on display in the dying days of last years Independence referendum campaign.  Yip, the European Referendum has the same ‘defeat from the jaws of victory’ feel as the now notorious Vow – regardless of how much concessions he wins from the EU (and you know that it will be never enough).

It’s not just on the EU that Cameron could find his party in trouble.  The policy of sweeping away Gordon Brown’s labyrinthine maze of Tax Credits has exposed the truth about low wage Britain, as was witnessed on last week’s Question Time programme.  The series of in-work benefits has always been seen as something to be tackled by the Tories eager to get rid of this grey area benefit.  They genuinely believe that the scrapping of tax credits, coupled with a minimum wage going up to £9 by 2020 and a rebranding exercise by calling the Minimum wage the Working Wage, will see them attract the sort of blue collar voters that voted for Thatcher in the 1980’s.  It might but it’ll bring in soft Labour supporters who will vote Tory holding their noses.  Not couped with a bigger rise in the minimum wage, this is a political gamble that could backfire come poling day 2020.

4) They May Be Heading For A Historic Third term, But The SNP Are A Policy Free Zone
Lastly we come to the SNP, those ‘other’ victors from May’s election and odds on favourites to win next years elections to the Holyrood parliament.  Yet the big topic for discussion in Aberdeen last week was not policy but the failures of Labour, the Tories and the prospects for a second Independence referendum.  As I’ve already speculated, the ongoing issues with public services in Scotland present an opportunity for…  well the SNP really to reshape Scotland.

Maybe the SNP are keeping their powder dry, in which case fair enough.  I’d suspect though that like Scottish Labour, the SNP are small c conservatives in terms of keeping as much of the status quo as possible – outside their own cause celebre of independence.   As I’ve said previously though, for all that Salmond set the standard for being First Minister he did lack one policy that will be seen as a legacy.  Next year provides Sturgeon with an opportunity to provide that type of policy, but so far I’m not that hopeful of a radical policy programme.